What To Do In An Accident Scenario

In a large number of cases, the shock associated with being involved in a road accident clouds the judgement of the accident victim. Thus, the period immediately after an accident is often filled with confusion and endless phone calls to relatives and friends.

In the midst of the confusion, important information relating to the accident may be lost. This often makes it difficult for accident victims to prove liability in a personal injury case. This article discusses three things that a motorist should do immediately after an accident.

Before calling mum or dad to inform them of the unfortunate incident, a motorist should reach for a pen and possibly a piece of paper.

It is important to jot down the facts surrounding an accident so that the facts are not lost or overlooked in the heat of the moment.

Take Photographs Of The Accident Scene

Take photographs of the point of collision (preferably with the two vehicles still in collision mode), photos of skid marks around the scene and photographs of damaged individual components of the vehicle (e.g. shattered headlights and dented doors).

Once evidence of the accident has been sufficiently documented, the police should be involved. It's worth noting that motorists often agree to reach a settlement without involving the police.

However, accident victims who would rather settle things in court shouldn't fail to involve the police. Once a police officer arrives at the scene, he or she will collect relevant information about the accident before using this information to draft a police report for the accident.

Details contained in a police report may be sufficient to prove liability in an accident scenario. This would eliminate the need for a personal injury lawyer to carry out their own investigation when building a case. Accident victims can use this as a bargaining chip for lower charges for legal services rendered. 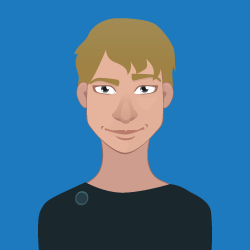